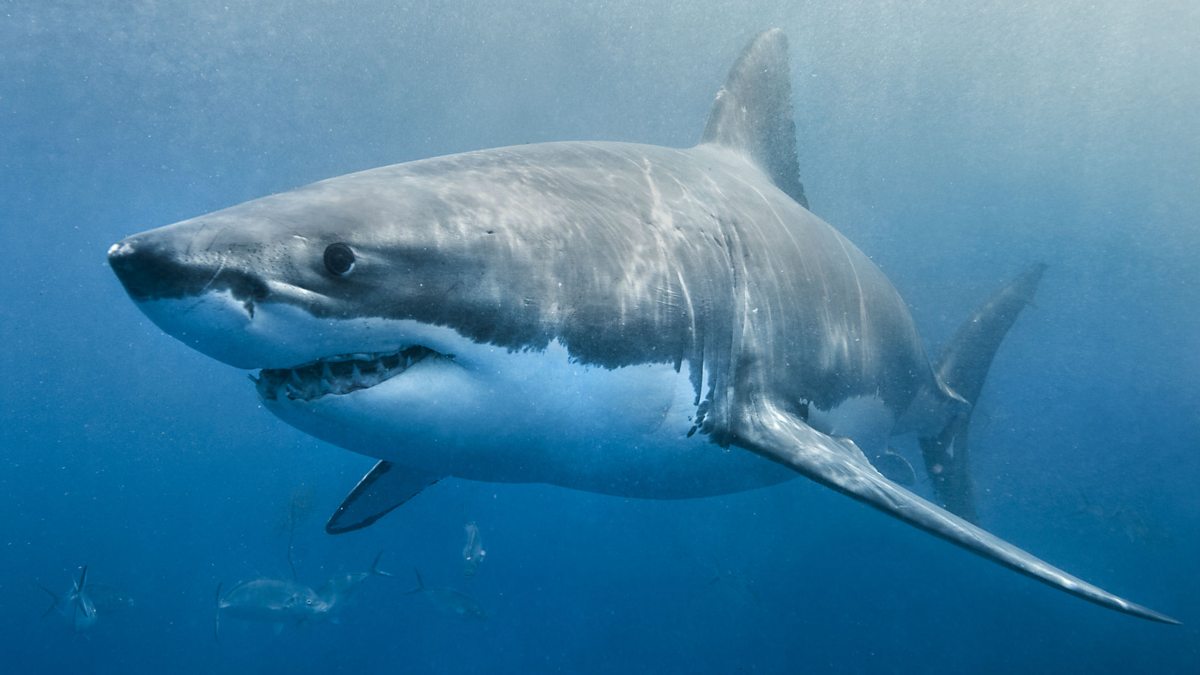 With Newsjack taking a witty look at the stories making the headlines, BBC Comedy writer Mike Shephard thought there was no better time to look back on some of the news stories that have made us laugh in the first half of 2018.

Now, we already know that the looming threat of nuclear war with North Korea is absolutely hilarious and ongoing Brexit negotiations are a veritable cluster-chuckle, so here’s Newsjack’s top 7 funny stories that you might have missed:

The law clearly states that you can’t have a list like this without at least one funny animal story, and this new study from scientists at Australia’s Macquarie University Fish Lab confirms what we were all thinking: Sharks are sophisticated evil geniuses who like nothing more than kicking back with a bit of Herbie Hancock while they quietly plot our destruction. Apparently, they associate the sound of jazz with food, meaning they clearly prefer the taste of goatee beards.

We’ll probably all remember where we were when we heard the news that a truly gigantic Crunchy Nut Cornflake had been discovered in London student Hinay Lad’s box of cereal.

Like the Holy Grail and all the other dodgy antiques that Indiana Jones used to chase after, it had long been assumed to be nothing more than a tantalising myth. Hinay reportedly thought a piece of his ceiling had fallen into his breakfast before realising the magnitude of his discovery. His reward? £4.00-worth of vouchers from Kellogg’s. And the respect of a grateful nation.

This is a headline that should terrify you about the ability of the younger generation to look after the world, or at least their ability to stop themselves falling off the edge of it.

These statistics only relate to the US, but that’s no reason for those of us in the UK to be smug. After all, we can barely decide which continent we’re part of, let alone the shape of the planet. Let’s be clear that a third of millennials don’t actually think the earth is flat. The YouGov survey simply revealed that only 66% of American 18-24 year olds were absolutely convinced that they are currently standing on a celestial orb, with the remainder happy to take alternative suggestions. And presumably a little more likely to shout “Fake news!” each time they see the spinning globe logo at the start of a Universal movie. We should be pleased they’re so open-minded.

The likelihood of yet another animal story making its way onto this kind of list was also pretty high to be honest with you.

But if you haven’t seen the video already: Go and find it now. No, NOW. Stop operating that heavy machinery, land that plane, wrap up those trade negotiations toot sweet. You need to see this. A bear in a car goes for ice cream. He’s having an absolute whale of a time! Sadly, the zookeepers responsible for the jolly are now facing charges for failing to notify the necessary authorities. Still, you have to admire their attempt to reinvigorate that tired old phrase about what we expect bears to do and where.

Which came first? The chicken, or the endless stream of twitter gags about how KFC ran out of chicken?

When future generations look back and ask, “But seriously, how did they break the internet?”, Kim Kardashian will not even be mentioned, cat videos will be glossed over and all the talk will be about the day that KFC dropped the ball and lost its C. Part news story, part existential crisis, one thing is certain – if you were someone who lived for poultry-powered puns, there was one day in your life when you were truly egg-static. Sorry, I’ve just been a bit sick in my mouth.

Does anybody else think Elon Musk is trying too hard? Like the rich kid at school with a swimming pool in their garden, no matter how much he tries to impress us, we’re never really going to be his friends.

After he’d already released his own range of branded flame-throwers, this really was the icing on an already pretty needy cake. And somewhere out there, the Tesla convertible drifts on, a space-suited dummy at the wheel, brazenly flouting Jupiter’s Congestion Charge and with a David Bowie soundtrack blasting on the stereo. Let’s hope that alien life doesn’t discover it by the time the playlist rolls around to some of Bowie’s mid-’80s stuff, or the retaliation against our planet could be truly devastating.

Here we are at the end of the list, and we’re proud to announce that the prestigious accolade of “Most Amusing Relatively Frivolous News Story of Roughly the First Half of the Year 2018” has been unanimously awarded to this thrilling tale of an intellectual property legal dispute.

The judges agreed that this story had it all: the self-assured machismo of a Hip-Hop legend coupled with the infantile embarrassment of thinking about a doctor who looks at people’s bits. Perhaps disappointingly, the court rejected Dre’s argument that there may be a likelihood of confusion between the former NWA star and the popular author of “20 Things You May Not Know About the Vagina”. But if you do get those two confused, you’ll probably still end up with a reasonably entertaining concert. But possibly a less-than-satisfactory annual check-up.

So there you have it, unequivocally the funniest stories of 2018 so far. If you want to have a laugh at the news on a more sustained basis, don’t forget to subscribe to Newsjack wherever you happen to get your podcasts.