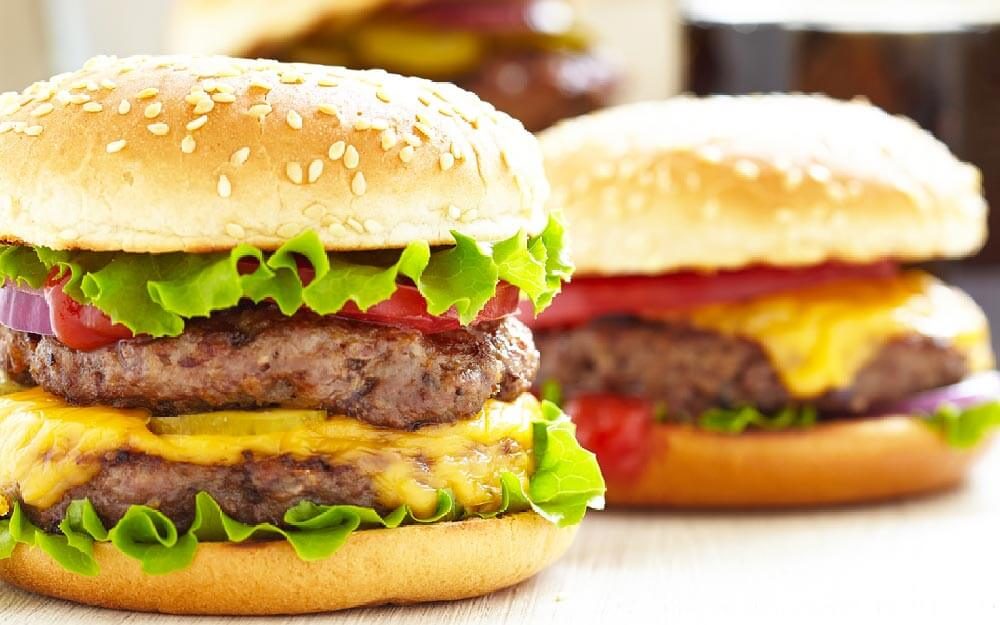 As far as these items were concerned, the public was not lovin’ it—at least not as much as McDonald’s may have hoped.

McDonald’s tried its hand at a fancy seafood offering in 1993. The McLobster was a heap of lobster and lettuce in a bun, complete with “lobster sauce.” As the picture makes clear, the lettuce often outweighed the lobster, and many people were unwilling to pay $5.99 for it. But this wasn’t quite the end of the McLobster story; it’s still available in Canada and parts of New England. Can you guess where the most expensive McDonald’s in the world is located?

The Hula Burger was one of the McDonald’s menu’s earliest flops. In the 1960s, McDonald’s franchise owner Ray Kroc discovered that their sales were taking a hit in areas with large Catholic populations since Catholics often abstain from eating meat on Fridays. So Kroc came up with a meatless cheeseburger that he hoped would rejuvenate sales. His choice for the patty? A grilled ring of pineapple. Yes, this burger was pineapple with cheese on it. Need we say more about why it failed? McDonald’s saved face, though, with another meatless option that became much more popular: the Filet-O-Fish.

This bigger-than-large size option for drinks and fries was actually fairly successful when it was introduced in 1993. But then in 2004, filmmaker Morgan Spurlock released his documentary Super Size Me. This stomach-churning look at the effects of eating McDonald’s food in excess caused the franchise to backpedal and remove its super-size option. On the other hand, there are plenty of McDonald’s healthy options you can get, too.

There was nothing wrong with the McDLT, introduced in the 1980s, in terms of the food itself. This McDonald’s food item was simply a burger with lettuce, tomato, cheese, and pickles. The problem was in the packaging. The McDLT was served in a Styrofoam container with two separate compartments. In one was the lettuce, tomato, and pickles; the meat and bun were in the other.

The intention was to keep the warm and cool components of the sandwich separate until right before consumption. But even this wasn’t the cause of the DLT’s downfall. In the 1990s, environmental activists began criticizing McDonald’s for their superfluous use of far-from-green Styrofoam, and the product was pulled from the McDonald’s menu.

Introducing this beef-and-veggie pita sandwich and calling it “the McAfrika” would’ve been a blunder under any circumstances. But in 2002, when McDonald’s franchises in (very wealthy) Norway started selling this sandwich, many southern African countries were experiencing a period of massive famine. Yikes. Public backlash caused McDonald’s to apologize and pull the item. Learn about the countries where McDonald’s is banned around the world.

The Arch Deluxe was another McDonald’s food item that was definitely palatable but owed its failure to a bizarre marketing campaign. With this sandwich—a burger with cheese, peppered bacon, and a potato-flour bun—McDonald’s hoped to expand their demographic in the 1990s. They were having massive success as a kid- and family-friendly franchise, but hoped to be taken more seriously by adults.

Calling the Arch Deluxe “the burger with the grown up taste,” commercials for this McDonald’s food item showed Ronald McDonald playing “sophisticated” sports like golf and pool. More problematically, the ads also showed kids appearing disgusted by the burger. Why the advertisers thought that that would attract adults to it, we’re not sure.

Ray Kroc, the man who turned McDonald’s into the fast-food giant we know, was deeply opposed to his company selling hot dogs. The idea of mystery meat in a casing disgusted him, and he forbade McDonald’s to produce hot dogs. That didn’t stop the company from giving it a try in the 1990s, though, after his death. But by that time, McDonald’s was so well-established with the products it did sell that the McHotDog never really caught on. People preferred the McDonald’s classics over this new McDonald’s menu item. Speaking of the classics, get a look at the first McDonald’s menu ever.

Plenty of these failed McDonald’s food items are bizarre, sure, but the McGratin Croquette definitely takes the cake. Introduced primarily for the Japanese market, this doozy of a sandwich combined macaroni, mashed potatoes, and shrimp into a deep-fried croquette-like patty. This patty then went on a bun with a bed of cabbage. Unsurprisingly, people found this McDonald’s food item to have a very odd taste and it was not a success.

In the late ’80s and early ’90s, McDonald’s tried adding pasta products to their menu. A spaghetti-and-meatballs dish is the best-known, but they also tried fettuccine Alfredo and lasagna. Rumor has it that they were trying to compete with Italian-inspired fast food, like Domino’s and Pizza Hut. But as it turned out, consumers just weren’t interested in eating spaghetti at McDonald’s, and the item was pulled from the McDonald’s menu. Check out the coolest McDonald’s locations in the world.

If you think these sound like a wacky variation on the old favorite McDonald’s menu item, McNuggets, you’d be incorrect—they actually debuted before McNuggets! Onion Nuggets, introduced in the 1970s, were chunks of onion, fried, breaded, and served with dipping sauce. This unusual marriage of onion rings and chicken nuggets proved pretty unpopular. Luckily, though, the company would introduce Chicken McNuggets in 1980, and the rest is history.